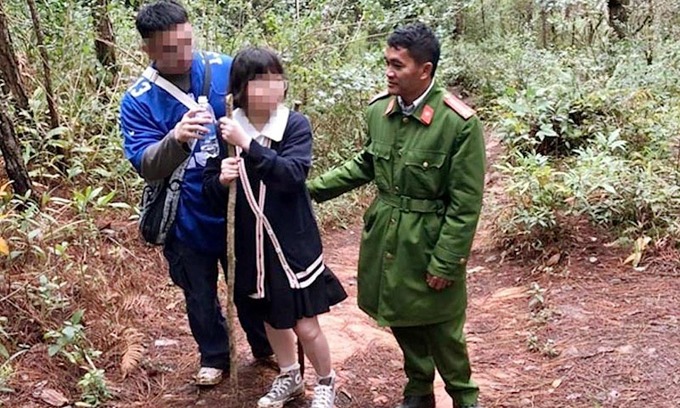 A Singaporean tourist (L) and his friend are found inside a forest of Bidoup Nui Ba National Park in Lam Dong Province, November 22, 2022. Photo by Thai Ha

A Singaporean tourist and his Vietnamese friend who had gone missing inside Bidoup Nui Ba National Park in the Central Highlands province of Lam Dong were found on Tuesday afternoon.

They are now in stable condition, the police said Wednesday.

Two days ago they had taken a taxi from Da Lat to Langbiang Mountain inside the park.

Instead of taking a jeep to the top, they decided to trek through dense forest.

That afternoon their taxi driver, who had been waiting for them, failed to reach them by phone and reported to the local police.

Local authorities immediately sent rescuers, who found the couple and brought them to the Langbiang tourist area for care.

Bidoup Nui Ba National Park is around 50 km from Da Lat and a popular destination for trekking and overnight camping.