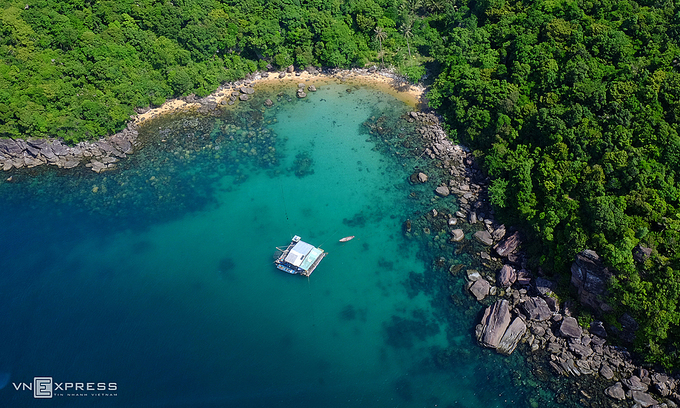 Thom Islet in the southern island of Phu Quoc. Photo by Khanh Tran

The island off Vietnam’s southern coast is winning this recognition for the first time.

Phu Quoc beat other rivals Antigua and Barbuda, Dominica, Isle of Skye in Scotland, Lofoten in Norway, Reunion Island in the Indian Ocean and Zanzibar in Tanzania to claim the title, WTA’s organizing board announced on its website.

Covering an area of 567 square kilometers and home to 180,000 people, Phu Quoc is the largest island in Vietnam and the nation’s first island city.

Now well known for its long, sandy beaches with turquoise waters and dense forests, Phu Quoc has become a popular holiday destination for both domestic and international tourists.

The island is also home to a marine sanctuary and a national park famous for trekking activities.

The WTA has been called the “travel industry’s equivalent of the Oscars” by The Wall Street Journal.

Organizers said the winners were chosen based on votes by the public and travel professionals across the globe.