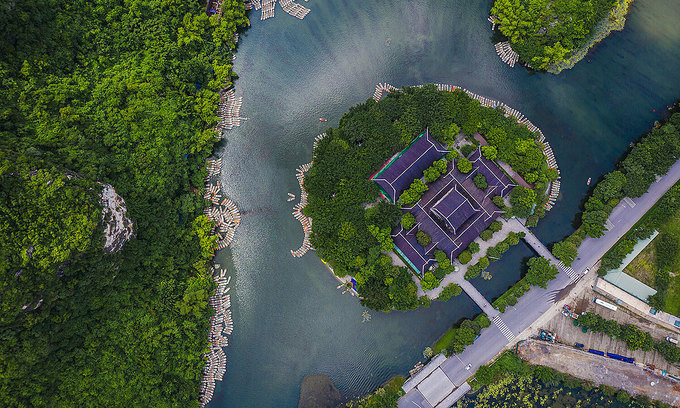 UNESCO heritage site Trang An landscape complex in northern Vietnam is seen from above. Photo by Ngan Duong

The winners were announced at the grand final gala held in Oman on Friday night.

These heritage sites and other destinations have repeatedly won acclaims from prestigious travel magazines in recent years.

The Golden Bridge in Da Nang, 150 meters long and 12.8 meters wide, and designed as giant hands made of fiberglass and mesh wire, won top honor as the world’s leading iconic tourist bridge.

World Travel Awards, launched in 1993, acknowledge excellence in the travel and tourism industry, and have been described as the “travel industry’s equivalent of the Oscars.”