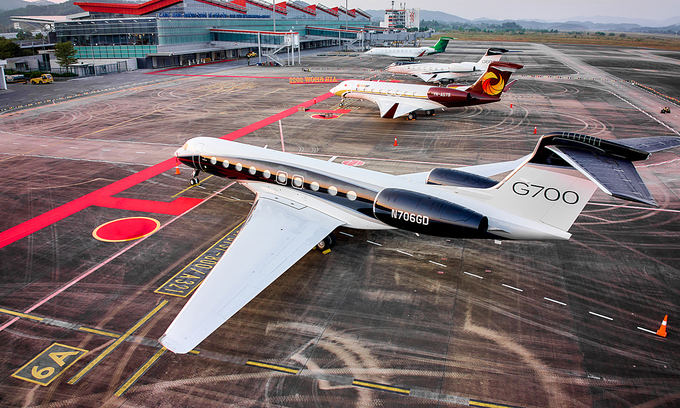 Gulfstream Aerospace’s G700 has made a debut in Vietnam and Asia-Pacific as part of the new ultra-long-range twinjet’s world tour.

En route to Vietnam, the G700 set the speed record for a pair of cities from Istanbul to Van Don, traveling 4,573 nautical miles in nine hours and two minutes, or an average speed of nearly 600 miles per hour.

This record is pending verification by the Federation of International Aviation (FAI).

Gulfstream G700, which has the longest, widest, and highest cabin and can accommodate up to 19 passengers, is the market leader in the business jet segment.

The aircraft is designed for five flexible areas, including large rooms, kitchens and comfortable bathrooms.

According to Wayne Oedewalt, vice president of Gulfstream Asia Pacific, Vietnam has the potential to grow both in terms of business aviation as well as aviation in general.

“That is why Vietnam was chosen as the first destination in introducing the G700 to the Asian market,” Oedewalt said.