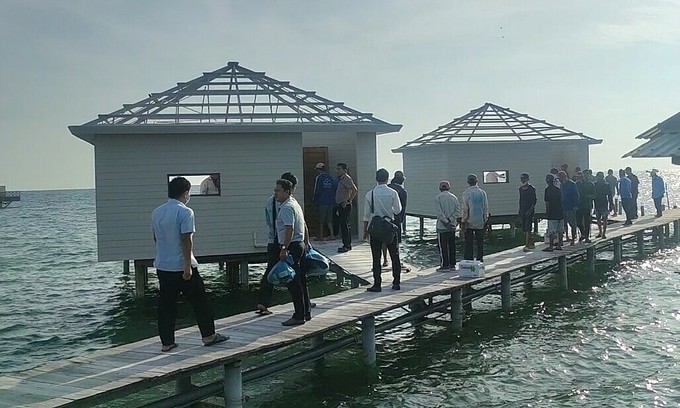 The bungalows cover an area of 500 square meters each in Ham Ninh Commune near fishing villages.

They are owned by local man Mai Trung Dung, 32, who built them three years ago to accommodate tourists.

Local authorities said they had ordered Dung to dismantle the bungalows several times but he failed to comply.

These bungalows were among 40 tourism projects detected encroaching on a marine protected area during an inspection campaign four months ago.

Phu Quoc, home to 180,000 people, is famous for its white-sand beaches and fish sauce, an indispensable Vietnamese condiment.

The island has become globally popular since the government allowed 30-day visa free entry in 2014.