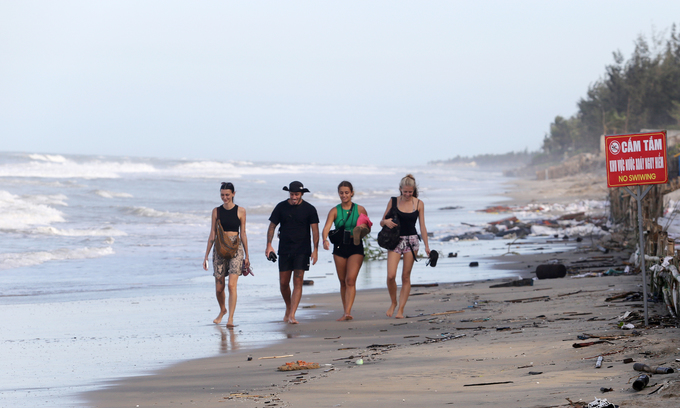 A group of foreign tourists walk along An Bang beach in Hoi An, October 2022. Photo by VnExpress/Dac Thanh

Vietnam has received over 2.35 million foreign visitors in the January-October period, reaching nearly half of this year’s five-million target.

In October, the number of foreign visitors increased by 12% from the previous month to 484,000, according to the General Statistics Office.

In the first 10 months of this year, the number of tourists from Asia reached 1.65 million, accounting for 70% of total foreign arrivals.

The target of five million arrivals is only equivalent to 30% of pre-pandemic levels, but insiders worried the tourism industry would struggle to fulfill its goal given global factors including inflation and the Ukraine war, and the fact that Vietnam has not resumed its three-month multiple-entry visa.

Vietnam gave limited entry to foreign tourists on tour packages from November last year, before opening up on March 15.

Apart from granting visa exemption to 24 tourism markets for stays of 15-30 days, Vietnam only issues a one-month single-entry e-visa to visitors from other countries.