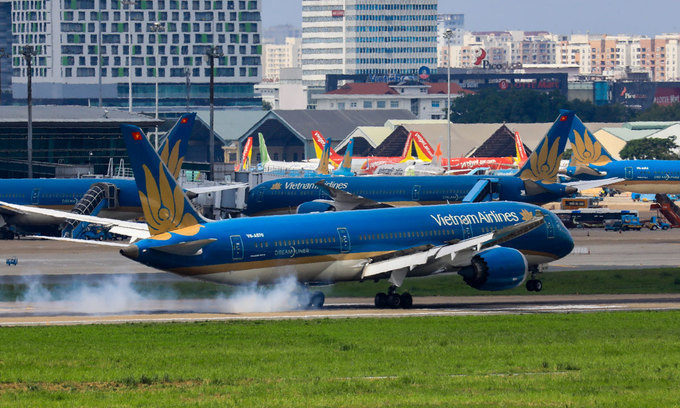 Airline routes with the largest volume of people traveling indirectly between the two points are called unserved routes.

London-Kathmandu was ranked third on the list, followed by Los Angeles- Yerevan and Taipei-Jeju.

OAG based its list on passenger booking data between August 2021 and July 2022.

Though there is a large Vietnamese population living in the U.S., there were no direct flights between the countries until late 2021, when Vietnam Airlines launched the first-ever direct route connecting HCMC and San Francisco.

“While ultra-long-range airliners like the Airbus A350 and Boeing 787 can operate the 8,169-mi (13,147 km) flight between Ho Chi Minh City and Los Angeles, demand for direct flights on this route may have paled in comparison to operating costs,” OAG said.

Travelers on this route are often tourists, relatives or students, for whom transits are fairly inconsequential, the U.K.-based company added.

Vietnam Airlines earlier planned to open a new route connecting Los Angeles with Hanoi and HCMC, Vietnam’s two biggest metropolises, but these direct routes have not been launched yet.

There are nearly 24,000 Vietnamese students and approximately 2.2 million Vietnamese living in the U.S., according to official statistics.

Before the pandemic, Americans were one of Vietnam’s biggest tourism markets.