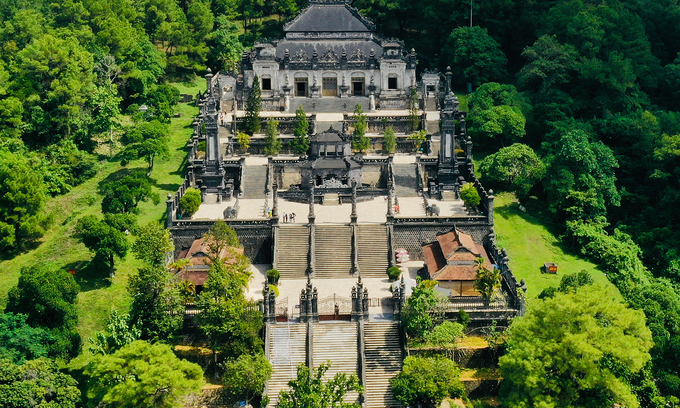 The tomb of King Khai Dinh on the outskirts of Hue. Photo by VnExpress/Vo Thanh

The government wants royal relics to be preserved and tourism facilities upgraded to turn Hue into a “city of festivals and Asia’s cultural and tourist hub” by 2045.

Vietnam’s former imperial capital is set to become a centrally managed city in 2025 alongside Hanoi, HCMC, Hai Phong, Da Nang, and Can Tho under a newly approved urban planning scheme.

The government called on local authorities to conserve royal relics and improve tourist facilities to turn tourism into a key economic sector.

Hue was the seat of the Nguyen Dynasty from 1802 until its fall and the end of feudalism in Vietnam in 1945.

The Hue Imperial Citadel is now a popular attraction.

In the first nine months of this year Hue received 1.5 million visitors including 95,000 foreigners.