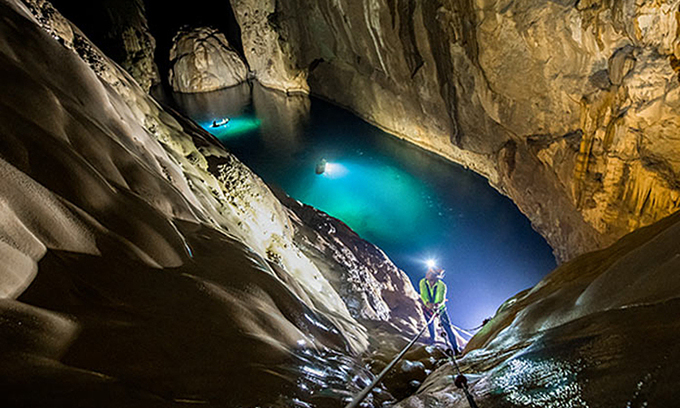 A tourist climbs up a wall in Son Doong, the world’s largest cave. in Quang Binh Province. Photo courtesy of Oxalis

A helicopter tour over Ho Chi Minh City and an expedition into the world’s largest cave Son Doong have been listed among 20 unique travel experiences by Vietnamese record organization VietKings.

Le Tran Truong An, general director of VietKings, told VnExpress these experiences are published once a year, based on the opinions and perspectives of experts at the Record Council with an aim to stimulate tourism.

The tour uses an AW-189 helicopter that allows a maximum 16 passengers.

A four-day-three-night expedition of Son Doong Cave in the central province of Quang Binh cost VND69.8 million (around $3,000) before the pandemic, with Oxalis the only company licensed to conduct these tours.