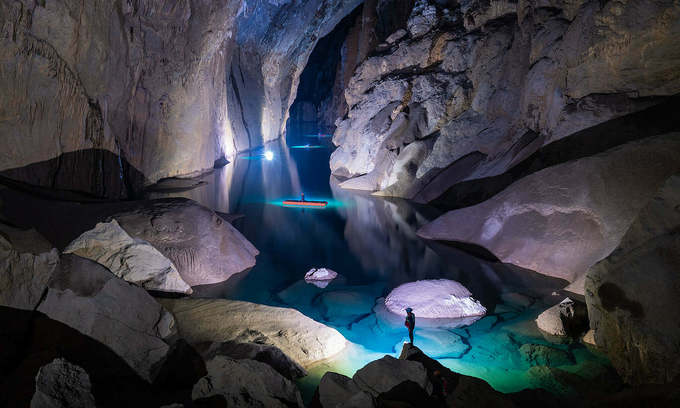 Microsoft’s web portal MSN has listed Son Doong cave in the central province of Quang Binh among 15 “stunning places on Earth that look like they’re from another planet.”

“The otherworldly cave is large enough to house a block of New York City containing 40-story skyscrapers and is home to the world’s largest stalagmites, which measure up to 260 ft (80 m),” MSN said.

Son Doong in the Phong Nha-Ke Bang National Park has garnered global attention since it allowed entry to visitors in 2013, a few years after the British Cave Research Association explored and declared it the world’s largest.

It has at least 150 individual caves, a dense subterranean jungle and several underground rivers.

Authorities only allow up to 1,000 visitors a year due to conservation reasons, and only from January to August.