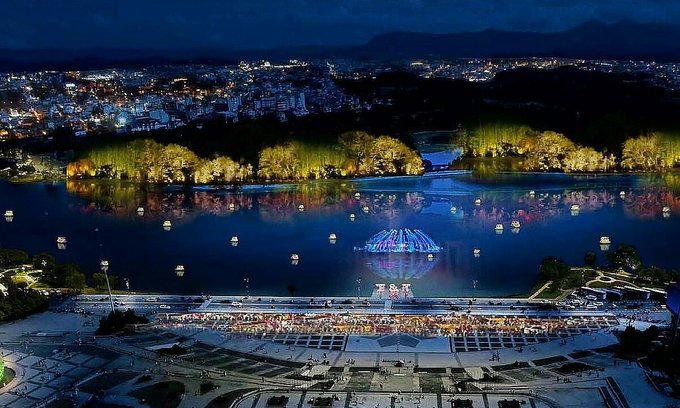 Authorities in the Central Highlands resort town of Da Lat plan to illuminate Xuan Huong Lake at night to beautify it at a cost of VND42 billion (US$1.7 million).

Besides energy-saving LED lights, misting systems will also be installed.

The funding for them will come from businesses.

Da Lat authorities expect this to boost the nighttime economy.

The work is expected to be finished before the Da Lat Flower Festival scheduled in December.

The crescent-shaped lake is located in the center of town and has long been one of its tourist symbols.

In the first nine months of this year Da Lat received 5.4 million visitors or nearly the full-year target.