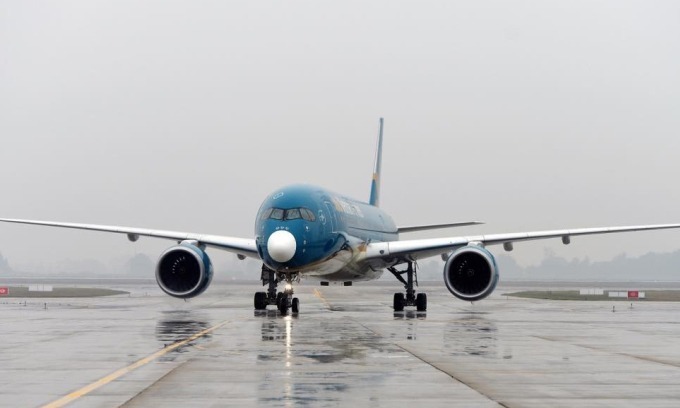 A Vietnam Airlines plane on the runway. Photo by VnExpress/Phuong Linh

A Vietnam Airlines representative said that of the five canceled flights, three were between HCMC and Hue and two between Hanoi and Hue.

Vietjet Air and Bamboo Airways said they were also adjusting flight schedules because of the storm.

All carriers have advised passengers to monitor the weather and adjust traveling schedules if the weather worsens.

Son Ca, the fifth storm formed in the East Sea this year, was 350 km from Da Nang at 1 p.m. Friday, carrying maximum winds of 74 km/h, according to the National Center for Hydrometeorological Forecasting.

Heavy rains and waves of up to six meters are forecast in the region, home to popular beaches.